I’ve written before about the web development work I do to help Cascade Orienteering Club put on events. I enjoy that behind the scenes work, making the jobs of event volunteers a little easier. From time to time, I also take a slightly more visible role in making orienteering meets happen here in the Pacific Northwest. In the past month, I’ve been spending time pouring over a detailed map of the Teanaway Community Forest, where I’m designing the course for a Score O. 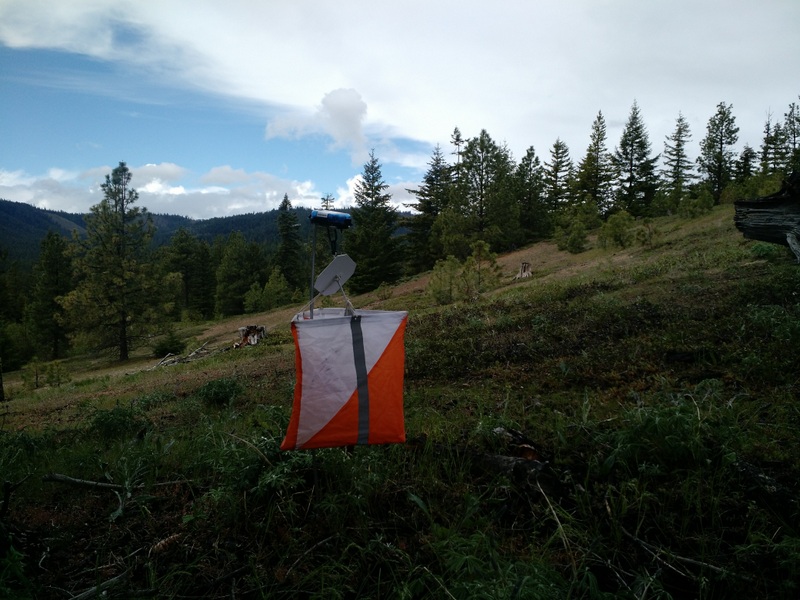 Course design is a bit like writing a school test. The subject matter is the mapped area and the challenges it presents: in this case, a wilderness area crisscrossed with trails and few major features other than the shape of the land to use for re-orienting in the field. I create problems for the competitors to solve, and while there may be no single right answer, I should reward those with the most advanced skills and understanding. I’ll try to avoid including dumb tricks, but do make competitors think twice about their decisions. I’m working to create an experience that is fair, fun, and fast. As a designer, the highest praise is a worn-out competitor who returns to the finish with a smile on their face, ecstatic to tell me about all the mistakes they made.

My favorite part about orienteering is the rush I get in the moment of realization that I’m not where I thought I was: I’m lost. Especially in wilderness, it’s amazing to take a couple seconds to enjoy the state of being somewhere, alone. Lost, but also fully equipped with the tools I need (a detailed map and a compass) to bring myself back to reality. Well, at least I enjoy it; friends tell me your experience my vary. With no controls in the field from which to benchmark while I’m scouting for my own course, I get to have this experience a bit more often. It slows me down, sure, but ultimately it’s why I’m here. 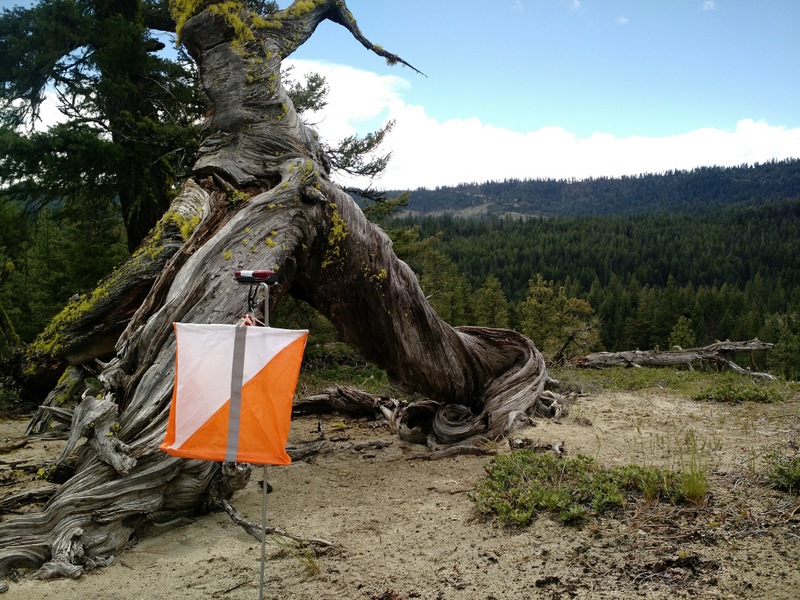 For this three hour Score O event, I need to blanket controls over a wide area so that part of the challenge is choosing which checkpoints to visit within the event’s time limit. Ideally, even the fastest competitors (we have multiple Team USA members who frequent our meets) shouldn’t be able to clear the course. Scouting doesn’t happen at my race pace either - I need to be absolutely sure I’ve identified the correct locations or else I’ll find angry competitors complaining of a misplaced control at the finish. On my first trip to the venue, I spent close to ten hours zigging and zagging through the rolling hills, sometimes on trails, more often slipping between trees and through tall grass on the way to boulders or re-entrants with no trail in sight. I make mental notes and tie surveyor’s tape at my locations; I’ll be back in a week to set the actual controls.

The day before the race I’m a little nervous; I need to cover a lot of area with control flags, stands, and the electronic punch boxes competitors use to record visiting a control. I’ve drawn up four loops for myself so that I don’t need to carry all the gear at once. These are my own little courses, and at least this time around I’ll find pink tape at each location for a confidence boost. I set three of the four loops in the afternoon sun while clouds speed by overhead. Occasional gusts threaten a storm that thankfully never materializes. On race day I wake up early to set out the last 10 controls. When it’s all done, I’ve spent nearly six hours placing equipment. Is it all in the right spot? Will anyone visit every control in half of that time? I’m about to find out.

Orienteering typically uses staggered starts where competitors leave the start at two minute intervals in order to discourage following. For Score O, because there is no prescribed control order, there is a mass start. As a designer, it’s the first chance for me to evaluate my design. As competitors frantically scribble on their maps (we had a ~5 minute planning period) and discard jackets they won’t need while running, I count down to the start. “One minute! 30 seconds! Ten! Three, two, one, Go! Have fun! Don’t get lost! Come back on time!” And just like that, I’m left standing alone at a gate where the pavement turns to gravel as 50 people scatter into the surrounding terrain. I smile as I count groups headed towards at least four different first controls, maybe five. Hopefully I’ll see smiles as they return. 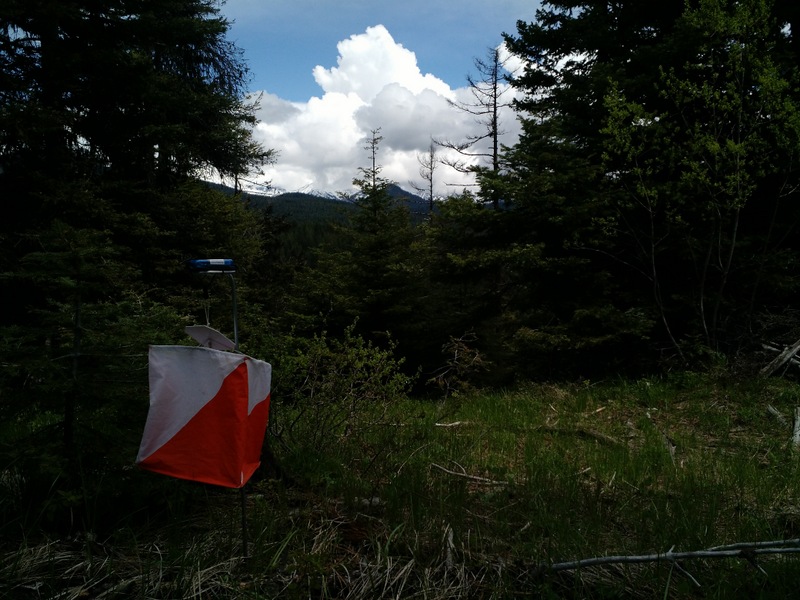 After a couple hours, I learn my fate. I’ve been defeated, the course has been cleared. There’s also a few reports that a control on the far end of the map is likely up to 200m off from where my map indicates. That’s frustrating for me to hear (and I know it was even more frustrating out on the course!) but luckily it’s not all bad news here. Finishers trickle in as the clock counts down, and it’s a jovial atmosphere as competitors discuss routes while they recover. I hear of the vistas, the amazing rock features, the subtle saddle. I share in the triumph of finding a difficult control on a small point feature in flat terrain, the sorrow in a route choice gone wrong, and the thrill of returning with seconds to spare. For me, all of this is a priceless reward. My work on designing and setting courses, once secrets, are now something I’ve shared with a community of which I’m grateful to participate. 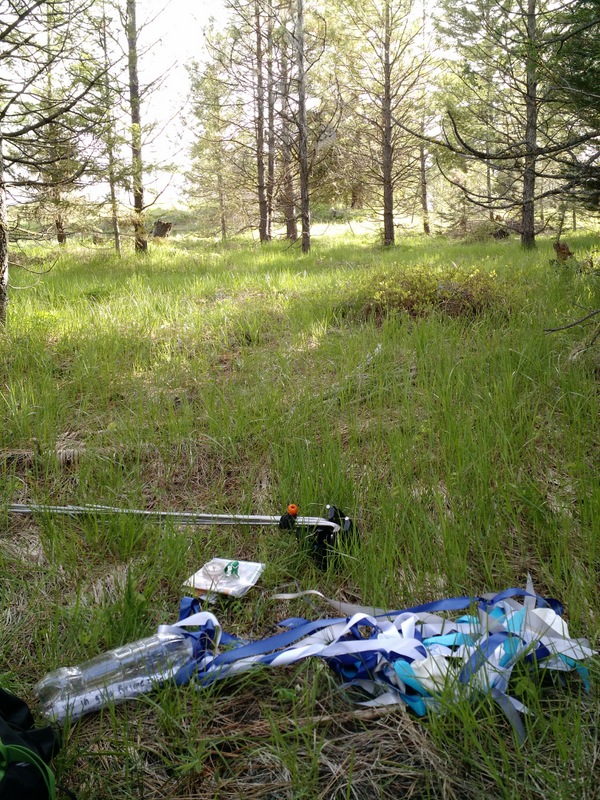